Get Customized Pricing For Symphony Of Chesterton Llc

Accepts Medicare and Medicaid According to Medicare.gov.

Ratings Breakdown Based on Online Reviews

Availability For Symphony Of Chesterton Llc

Nursing home facilities that receive funding from Medicaid & Medicare typically update their total beds available and residents currently occupying those beds. This information may not be up to date, and a nursing home does not have to give a bed to a Medicaid patient even if it is available. According to the Medicare.gov website, Symphony Of Chesterton Llc has 70 beds that are certified for either Medicare or Medicaid. The website also shares that there are currently 51 residents on Medicare or Medicaid. These numbers are not always kept up to date and you should check with Symphony Of Chesterton Llc for accurate information.

The health rating for Symphony Of Chesterton Llc is based on a weighted score of recent health inspections.

The quality rating for Symphony Of Chesterton Llc is based on clinical data measures.

The staff rating at Symphony Of Chesterton Llcis based on several measures of staffing including the amount of time spent on each patient by nurses and health experts. 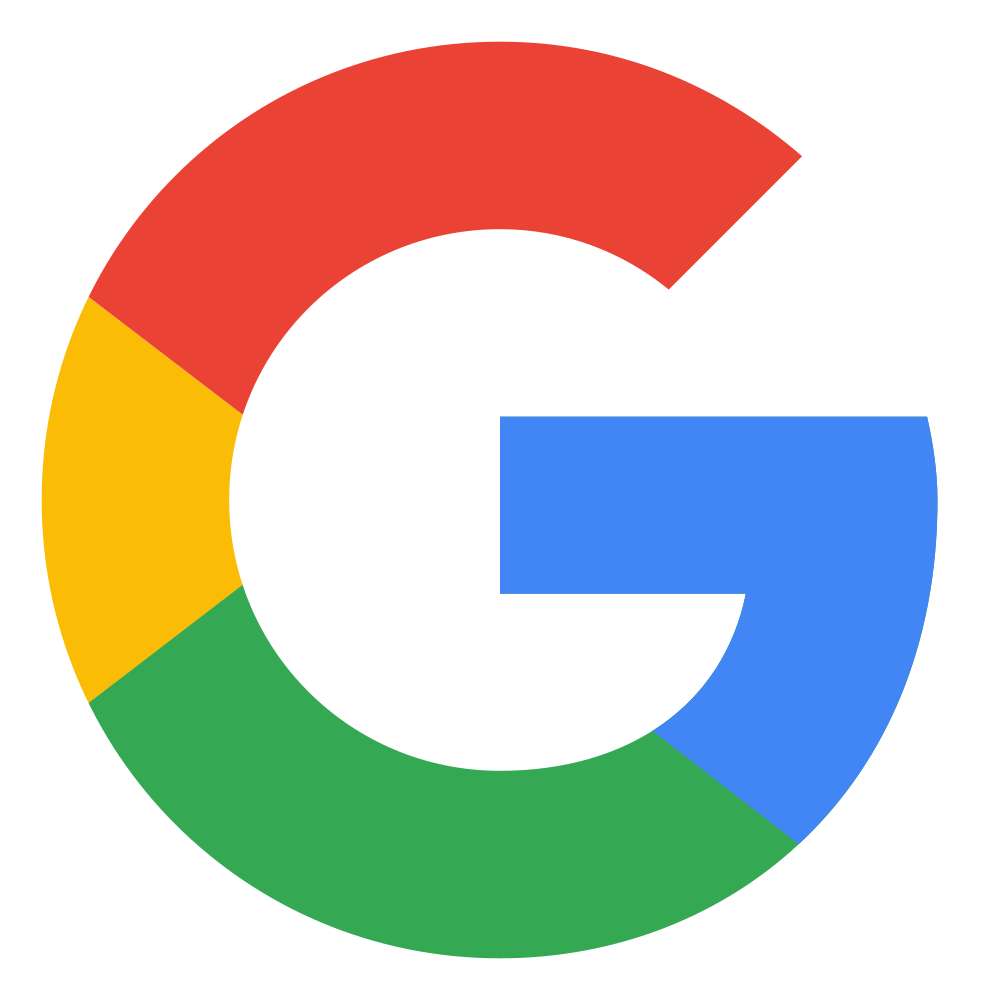 Users have rated Symphony Of Chesterton Llc in Chesterton 4.0 out of 5 with 47 total reviews.

We have 2 review(s) for this provider.

My Mother was put into Symphony from Hospital at 8:00 pm on a Sunday night. Really dumped. We were greeted by a lady, who explained their rules. when we asked about diabetes classes, On food, management of insulin since she just found out she was, she said of course. 1. My Mom was there for 5 weeks and never had a class about anything. When asked, no one knew. 2. She had only 2 showers/baths while there for 5 weeks. When confronted head nurse, she showed me in the book that it was done. Someone wrote that she had it. In fact, the 2 days a week shower were all marked she did. Someone lied. She seemed to believe my Mom did, I asked really, you think I would say that if she did. Nothing changed. 3. She was diabetic & they fed her anything making that spike, which gave her too much insulin. By the way she has no problem with diabetes now. 4. The Social services women, came and wanted my Mom to sign a paper. Mom asked what it was? She said nothing important. Mom said my son will be her in 20 minutes and he could read it. SS person said, oh no I have to keep this one in my possession at all time. RED FLAG Later that day SS sent an aid in and said to Mom, I need you to sign these, Mom said what is it? Aide said nothing important, just so I can get you supplies. GUESS WHAT, SS sent aide to get Mom to sign it. TRICKY LIES 5. SS called & she left me a message about they were releasing my Mom. I was in Mexico so I called my brother which called for 3 days, LM & never received a call back. He also was there those days, no one knew nothing. LIES 6. When I got back, I called, she told me that I need to come pick up Mom. I asked why she never called my brother back? She didn’t say anything. I asked who signed the release papers? SS said your Mom. I said oh those papers you tricked my Mom into signing. SS said nothing. I said my Mom wants to take metforman instead of insulin. The nurse should of weened her off insulin to metforman. We can’t do this at home in case it goes wrong. Also we never had a class to manage diabetes or she doesn’t even no how to check blood or give herself a shot. SS said we will show her on the way out. 7. We appealed release, never did get what she needed, was treated by workers terribly. Still no showers. 8. Symphony didn’t have her medicine for 3 days of being there, blamed pharmacy. I went and got some. 9. Doctors from there without knowing my Mom changed her meds, dropped some without Mom’s Doctors advice. We didn’t need their Doctors, she was seeing her own still. Our Doctors were very upset. 10. Bless some of the kind nurses, but others will get their paybacks. 11. Nurses are assigned to 20 or more patients to take care of. It doesn’t work to well. 12. If your Mom’s family are not involved, then she will die laying in her bed. Your there for PT. 13. God Bless all the PHysical Therapist at Symphony. This is their only asset that is any good & they are awesome!!! 14. I would give a -1 rating but can’t. I also would never recommend this place to NO one... Upscale rehab??? No way.

Symphony of Chesterton is a wonderful facility. My mom has been in the rehab unit for @ 30 days. Kim Gee who is the Facility Administrator is professional, personable & most importantly always accessible. My mom is in the D wing. I love her caregivers. Greg who is the RN manager on her unit is hands down one of if not The Best nursing managers I have encountered since my mom's journey has begun. I literally do not have words to describe how fantastic this man is. He truly is invested in his patients as well as their families. My mom has a lot of quality aides but I must mention Em, she is beyond attentive. She truly cares... I want to mention Ashley in Social work, She is phenomenal. I have had more than my share of emotional up & downs, through everything Ashley has been there. These people do not get the credit they deserve. The Food Services staff Chef Patrick, another beautiful soul who ensures the full-time residents as well as the rehab patients receive not only food the meets the dietary restriction but in addition great tasting meals. I look forward to having dinner w mom. Patrick's staff, Q, Jamila, Bobbi, Kenny, Lisa, great group of people. They not only serve meals but I always hear & see them interacting w the residents. Laughter & a family like atmosphere is a constant presence during service. The facility is beautiful, clean and well staffed. The ladies in reception Wendy & Alex are always upbeat & friendly treating people as if they are always priority #1. Alex in HR, very nice, funny, professional but very relatable. My mom's nurses are fantastic. 1st Melissa on 3-11, she is our Angel. Melissa always keeps me informed, true professional. Tracy, no matter how busy always takes time to answer my questions. Lisa, whom rotates from C to D wing what a fantastic RN & person. I would like to remind people. Symphony of Chesterton serves a large amount of guests all with different needs & personalities. They do the very best every day. We as family members are our loved ones best advocates, we have to be invested, involved, present. I have personally seen families whom use the facility as (for lack of a better term) "A drop off zone!" They will literally admit loved ones, only to be seen or heard from at their convenience. Dropping by once a month only to complain or criticize. I find fault and embarrassment within this particularl group. Their criticisms come from their own guilt due to absolute lack of involvement in the care and social enrichment of the lives ones entrusted to SOC. This is absolutely one of if not The Best facility of it's kind in our area. A true asset for the aging members of our community. My mom will be moving on shortly to another facility for some additional rehab as well as to address her long term needs. I will truly miss each and every person/staff member whom had touched our lives. I will never forget the kindness as well as professionalism extended to us by this outstanding group of people, whom on a daily basis come together as a team to make a difficult time in life much easier. Kim Gee you do an outstanding job! Well Done....

Reviews for Symphony Of Chesterton Llc From Around The Web

We pull review data from around the web and calculate a review weighted score that takes into account number of reviews, when the reviews were left and the overall score of the reviews. The review data we have for Symphony Of Chesterton Llc comes from:

4.00 average score on other platforms from 47 total reviews

All product and company names are trademarks™ or registered® trademarks of their respective holders. Use of them does not imply any affiliation with or endorsement by them

Below are some of the more important statistics for Symphony Of Chesterton Llc in Chesterton. For more information you can also visit the medicare.gov website.

Learn about the Nursing Home rules as they relate to Medicaid in Chesterton, Indiana by reading our free resources.

Learn about techniques and strategies to maximize your loved ones savings.

Learn about asset and income limits for accessing Medicaid

View all senior resources by clicking on the tab below.

We have found local resources that can help you evaluate Symphony Of Chesterton Llc. Close proximity to hospitals and places of worship can be helpful in evaluating a provider.

Search other Skilled Nursing Facilities located closest to Chesterton, IN.